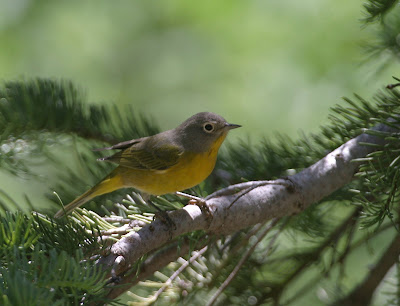 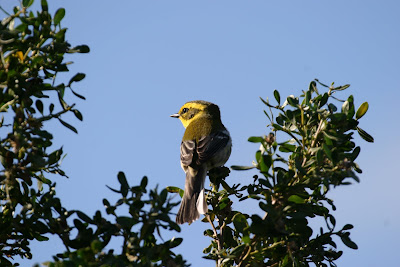 Thanks for asking, Jeremy (in Mill Valley, CA).

(By the way, my Web site, www.warblerwatch.com, features a button -- "2010 Nature Watch Calendar" -- where you can read several brief accounts that discuss wood-warblers in northern California and, in particular, wood-warblers in Marin County.)

Currently, among the seven on the list, I suggest going to Rock Springs (on Mt. Tamalpais) and
Muddy Hollow (within Point Reyes National Seashore, a paramount, iconic place on the W. Coast to see diverse species of birds in multiple families/orders).

In these two spots where forests occur, the most likely wood-warblers to see currently include TOWNSEND'S WARBLER (non-breeding season resident only; see closest above photo) and YELLOW-RUMPED WARBLER (typically the AUDUBON's subspecies).

At Rock Springs and Muddy Hollow, watch for the much less common (in this order) ORANGE-CROWNED and HERMIT WARBLER, too -- though they are both rare to absent throughout most of Marin Co. during January (Populations of these two neotropical migrants return in late winter and spring, thereby nesting in suitable habitats throughout the County.) Even more rare at this time of year is to see the NASHVILLE WARBLER (above photo, below the headline), though it periodically makes a cameo appearance and, indeed, the local annual Christmas Bird Count surveyors such as Rich Stallcup sometimes extract one from the landscape.
Posted by Daniel Edelstein, M.S. at 9:03 AM 11 comments: 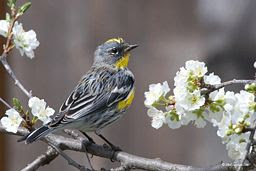 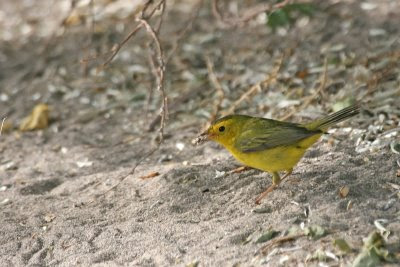 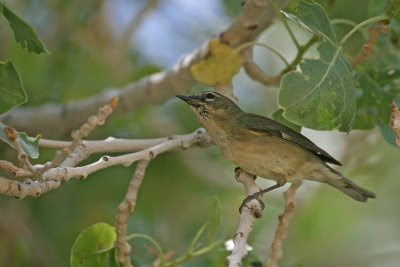 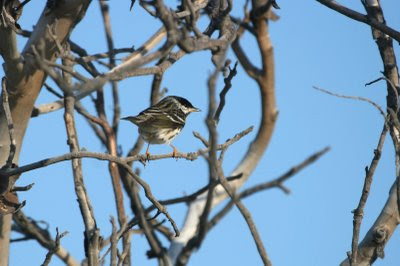 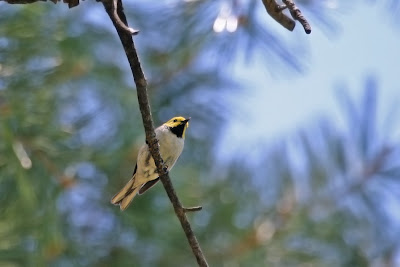 Can you ID the five wood-warblers in the photos? (Answers will be here by 1/20/10; please check back)

Please see the nearby quiz where you can select your answers.