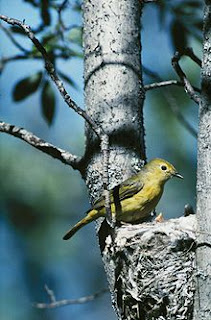 Given merely a minority of females sing among the world’s 4,000+ songbird species, what’s the payoff for this vocal behavior? One theory is that female singers may be adopting male-like behavior, especially among older females (Nolan, 1978). Another theory suggests female song results from female-female conflicts occurring in dense populations (Hobson and Sealy, 1990) or may be a function in intra-pair contact (Gilbert and Carroll, 1999).

Among the singing wood-warblers in the U.S., Dunn & Garrett state in Warblers (1997) that Yellow Warbler (ABOVE photo, a female, courtesy of the US Fish & Wildlife Service) song has been documented in at least one population in Manitoba, Canada (Dunn & Garrett, 1997).

Likewise, these two authors suggest in the same field guide that American Redstart females sing sporadically to rarely (if at all).
Posted by Daniel Edelstein, M.S. at 6:40 PM 6 comments: 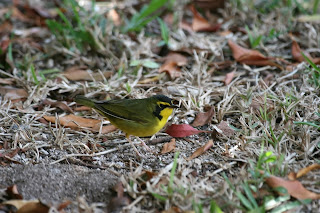 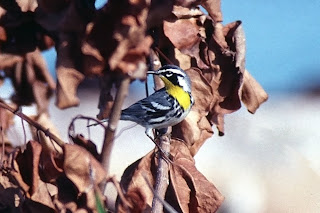 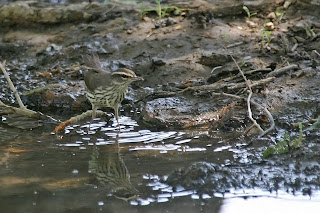 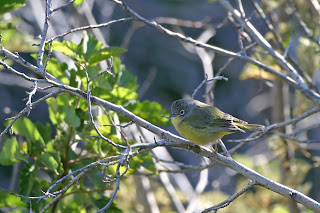 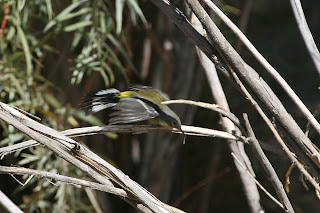 Can you identify the wood-warblers in each of the following five photos?....
(by clicking on the "Post A Comment" and listing them in order from the topmost photo through to the bottommost one) Note that you can click "anonymous" to "Post A Comment" and, if you wish, leave your name and city at the bottom of your warbler identity list.
Posted by Daniel Edelstein, M.S. at 9:52 AM 6 comments: