Warbler Guy, which vagrant warblers have recently been seen in Alaska? 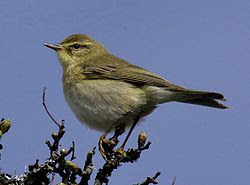 (By the way, a vagrant bird is one that appears far outside its normal range. Some people believe “accidental” equates with vagrancy. Among a number of factors that cause a bird to become vagrant, genetics and weather conditions are two.)

Which warblers are predicted as upcoming potential vagrants to Alaska?