Yes and yes, Alex (in Cincinnati).

Based on blood analysis, and per recent passage by the American Ornithologists' Union Committee on Classification and Nomenclature, the Arctic Warbler complex consists of the Alaskan breeding Arctic Warbler (that ranges across northern Eurasia as a nester)  Phylloscopus borealis  (including the previously named subspecies forms P. b. kennicotti, talovka, transbaicalicus and hylebata).

Although all three species — the Arctic Warbler, the Kamchatka Leaf Warbler, and the Japanese Leaf Warbler — look similar in appearance, differences in their songs and calls were determining factors in the latest reorganization. 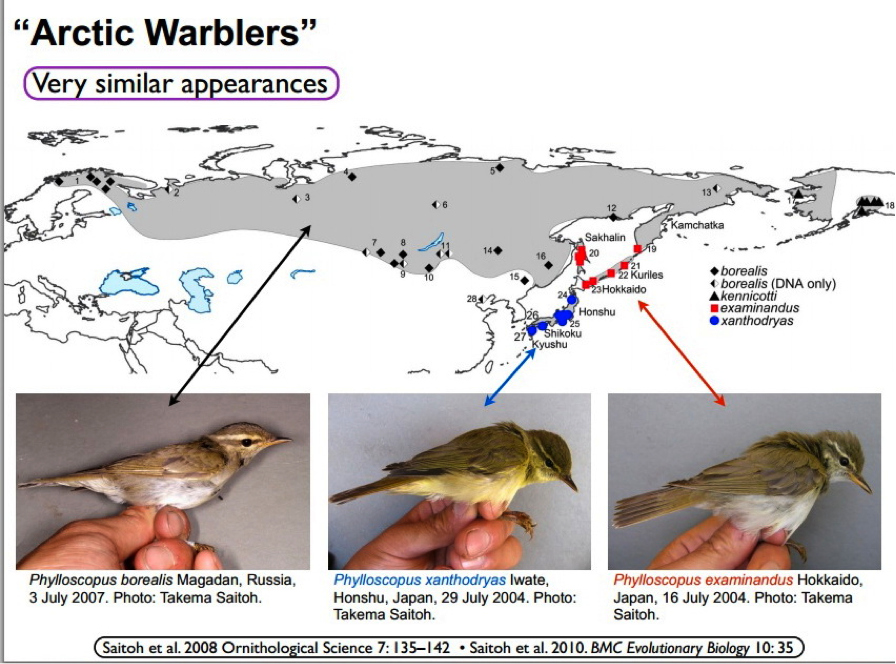 As for California sightings of the Arctic Warbler, eight accepted occurrences are listed at the California Birds Record Committee web site, including the most recent one on southeast Farallon Island in 2012.