Jimmy (in Fargo), in 2014, Kirtland's Warbler nested for the seventh consecutive nesting season in Wisconsin.  A fine summary report is present at: http://www.fws.gov/Midwest/greenbay/endangered/kiwa/2014/2014SeasonReport.html 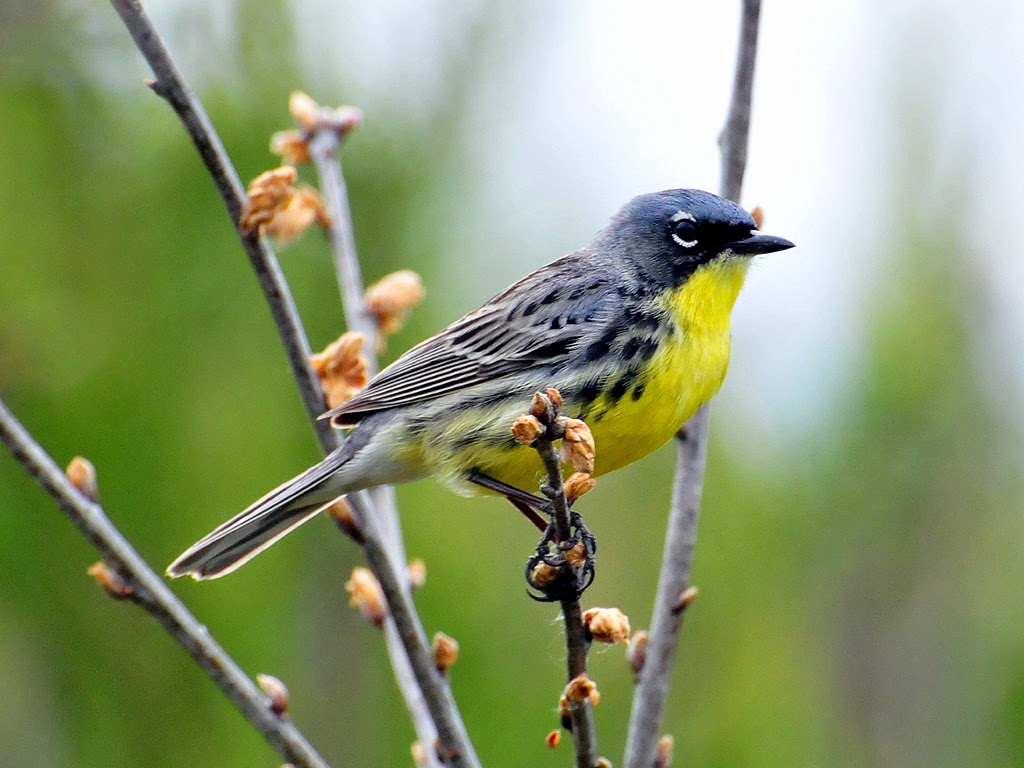 Highlights include noting 13 singing male Kirkland's were reported by monitors during the 2014 monitoring season in Wisconsin.

Three counties in Wisconsin hosted singing males, with one individual detected in Bayfield County, 1 in Marinette County, and 11 in Adams County.

Of course, a much larger population of this federally endangered songbird breeds annually in Michigan. Here, perhaps 500 Kirtland's Warbler are present during the breeding season, primarily in north/north-central Michigan counties.

In addition, one site in Ontario has also hosted recent breeding Kirkland's Warbler.
Posted by Daniel Edelstein, M.S. at 8:27 PM